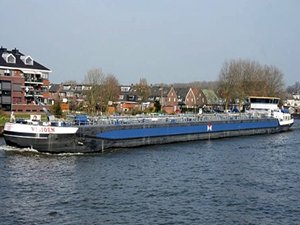 With the increasing focusing on environmental impact and all forms of emissions, the practice known as degassing is coming under scrutiny. The Netherlands is moving to ban the practice focusing on ships in transit.

The concerns focus on the potential for the release of harmful gasses with volatile organic compounds (VOCs) during the process known in the industry as degassing.

Environmentalists contend that the process creates health risks for crew, workers in the port, and surrounding communities.

They believe it is hazardous to the environment and creates safety risks in the port. After unloading a liquid cargo, and before they can take on new shipments, ships need to vent their tanks to remove any remaining gas vapor from their tanks.

These vapors can be very dangerous and potentially explosive for the ship. In addition, the tanks need to be free of these residues from their previous shipments to ensure they are within specifications before loading.

A range of companies have launched technologies available to use when a ship is in port to extract or burn off these vapors.

Often according to the Dutch authorities, ships and especially barges and smaller vessels working on coastal in inland services degas while in transit.

This is the practice that they are especially looking at eliminating while creating an environmentally responsible alternative for this necessary process. Speaking at a demonstration of a mobile degassing system held in the Port of Rotterdam, the Netherlands’ Ministry of Infrastructure and Water Management announced that it will make available nearly $300,000 to support trials of mobile degassing systems.

“It is important to me that we quickly arrange good alternatives to releasing vapors while en route,” said Minister Van Nieuwenhuizen.

“The existing procedure creates health risks for crews and local residents and is hazardous to the environment. We need to quickly determine the best alternative to this practice, and these tests will help.”

The trial of the degassing technology was conducted on an inland tanker, the Visioen, at the Port of Rotterdam.

Ten tanks on the vessel were empty of petroleum and degassed over a seven-hour period bringing them to 10 percent of the lower explosion limit. No measurable vapor was detected in the atmosphere during the test.

The Port of Rotterdam Authority points out that the degassing of substances, including benzene and petrol, is already prohibited in the port.

An increasing number of provinces in the Netherlands have also already prohibited the process with a total ban expected shortly.

Testing of technologies will continue in the port for a safe and effective technology to solve the need to degas vessels while in transit.

This news is a total 2268 time has been read
Tags: With Degassing Ban Looming in Netherlands Rotterdam Tests Technologies

Iran Says U.S. to Lift All Oil and Shipping SanctionsIran said on Wednesday the United States had agreed to remove all sanctions on Iran’s oil and shipping, although Germany cautioned that major issues remained at talks between Tehran and world powers to revive a 2015 nuclear deal.

Ever Given Owners Make New Offer To Suez Canal AuthorityThe owners of a giant container ship that blocked the Suez Canal in March have made a new offer in a compensation dispute with the canal authority, a lawyer for the authority said on Sunday, as a court ruling on the case was postponed for two weeks.

HMM confirms cyber attackSouth Korea’s HMM has become another shipowner to suffer a cyber attack. The company confirmed today that it had detected an unidentified security breach, which led to limited access to the e-mail outlook system in certain areas.