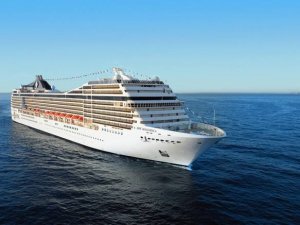 According to local news, a female passenger is currently missing from MSC Cruises‘ MSC Magnifica. The Magnifica was sailing to Izmir, Turkey when the woman disappeared overboard.

The passenger, identified as Chinese, is believed to have fallen overboard on Wednesday morning as the 2,500 passenger ship was en-route to Izmir after sailing from Katakolon.

By the time the passenger was known missing the 92,400 gross ton vessel had sailed for some time in the Aegean Sea.

The Greek Coast Guard was notified at some point. The Coast guard have launched a rescue operation in the sea region between the Aegean islands of Kea and Kythnos and the north coasts of the island of Chios.

A Super Puma helicopter and three coast guard vessels participate in the operation. But it has been unsuccessful searching for the cruise passenger.