Wood Mackenzie: Ups and Downs of LNG Industry in 2014 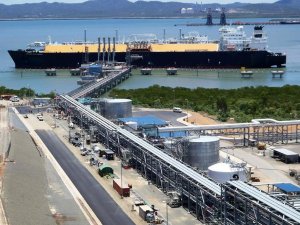 The LNG industry celebrated its 50th birthday in 2014, but while the industry may have matured, Wood Mackenzie finds in its annual review that it’s still not short of surprises.

Andrew Buckland, Principal Analyst – LNG Shipping for Wood Mackenzie says that a record number of new ship orders were placed in 2014 driven by the prospect of huge volumes of US exports. 67 orders were placed, despite falling charter rates, with DSME receiving the bulk of the business.

“Floating LNG activity has also grown, Petronas took Final Investment Decision (FID) on its second FLNG vessel in Malaysia in January and Golar signed a Heads of Agreement (HOA) on Christmas Eve with Perenco for a near shore project in Cameroon. Finally, use of Floating Storage & Regasification Units (FSRUs) boomed with new facilities installed in Brazil, Indonesia and Lithuania and vessels committed to projects in Pakistan, Egypt, Uruguay and Colombia,” Buckland said.
Giles Farrer, Wood Mackenzie’s Principal Analyst – Global LNG, says that while production was up 5 million metric tonnes per annum (mmtpa) to 246 mmtpa, and overall trade was boosted by higher levels of re-exports, the big surprise was that Asian LNG demand was much lower than expected.

”Demand in emerging markets, like China, failed to grow to the extent anticipated and demand in the established South Korean market fell considerably,” said Farrer.
Lower demand from Asia contributed to the crash in LNG spot prices last year – which fell from a peak of over USD 20/million British Thermal Unit (mmbtu) on Valentine’s Day to under USD 10/mmbtu at Thanksgiving.

“Prices dropped in the summer as new supply from PNG LNG and reduced Asian demand left the Pacific basin long supply. Then fell further – as Brent oil tumbled from USD 110/bbl in August to below USD 60/bbl in December,” said Farrer.
As Wood Mackenzie’s report shows, 2014 was the year in which the long awaited wave of new Pacific supply started to arrive: PNG LNG began production in May, and had a phenomenal year, reaching full capacity from both trains in five months. However, this was in marked contrast to Angola LNG, which despite only starting up in June 2013, was shut in May 2014 for extensive repairs. Sonatrach also started production at the Arzew GL3Z train in October and BG shipped the first cargo from its Australian QCLNG project on January 5, 2015.

Cameron, Freeport (Trains 1 & 2) and Cove Point were all sanctioned after receiving their FERC authorisations. Cheniere also announced a string of new sales contracts from Corpus Christi – finishing the year with 8.5 mmtpa contracted. In addition, the US changed its non FTA approval process in August, benefiting those projects that are more advanced with respect to their FERC filing.