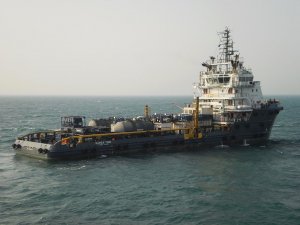 A World Bank tribunal partially lifted a stay of enforcement on a compensation claim payable by Venezuela to oil service company Tidewater, meaning the company is due $27.4 million plus interest.

Tidewater was awarded $46.4 million by the International Centre for Settlement of Investment Disputes (ICSID) though Venezuela aimed to reduce that figure and in July filed for an annulment, along with a provisional suspension.

Eleven Tidewater ships were seized in May 2009 by Venezuelan authorities as part of their nationalization, according to the New Orleans-based company.

Late President Hugo Chávez nationalized a raft of assets during his 14-year rule, with 25 cases still pending against Venezuela at the international tribunal.

ICSID said that the stay would be lifted with regard to the “undisputed amount” of $27.4 million plus interest. (https://goo.gl/zrptO7)

In a statement on its website, Tidewater said the total amount due was $37.2 million and that it anticipated a full conclusion to the proceedings this year. (http://goo.gl/QBSB1y)

“The company intends to take appropriate steps to vigorously enforce and collect the award,” the statement said.

“However, even with the partial lifting of the stay of enforcement, the company recognizes that the collection of the award may present significant practical challenges.”