World will struggle by oil 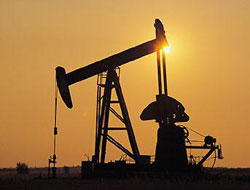 Output from the world?s oilfields is declining faster than previously thought, the first authoritative public study of the biggest fields shows.

Output from the world"s oilfields is declining faster than previously thought, the first authoritative public study of the biggest fields shows.

Without extra investment to raise production, the natural annual rate of output decline is 9.1 per cent, the International Energy Agency says in its annual report, the World Energy Outlook.

The findings suggest the world will struggle to produce enough oil to make up for steep declines in existing fields, such as those in the North Sea, Russia and Alaska, and meet long-term deÿmand. The effort will become even more acute as prices fall and investment decisions are delayed.

The IEA, the oil watchdog, forecasts that China, India and other developing countries" demand will require investments of $360bn each year until 2030.

The agency says even with investment, the annual rate of output decline is 6.4 per cent.

The decline will not necessarily be felt in the next few years because demand is slowing down, but with the expected slowdown in investment the eventual effect will be magnified, oil executives say.

?The future rate of decline in output from producing oilfields as they mature is the single most important determinant of the amount of new capacity that will need to be built globally to meet demand,? the IEA says.

The watchdog warned that the world needed to make a ?significant increase in future investments just to maintain the current level of production?.

The battle to replace mature oilfields" output could even offset the decline in demand growth, which has given the industry ? already struggling to find enough supply to meet needs, especially from China ? a reprieve in the past few months.

The IEA predicted in its draft report, due to be published next month, that demand would be damped, ?reflecting the impact of much higher oil prices and slightly slower economic growth?.

The projections could yet be revised lower because the draft report was written a month ago, before the global financial crisis deepened after the collapse of Lehman Brothers.

All the increase in oil demand until 2030 comes from emerging countries, while consumption in developed countries declines.

As a result, the share of rich countries in global demand will drop from last year"s 59 per cent to less than half of the total in 2030.

This is the clearest indication yet that the focus of the industry on the demand ? not just the supply ? side is moving away from the US, Europe and Japan, towards emerging nations.