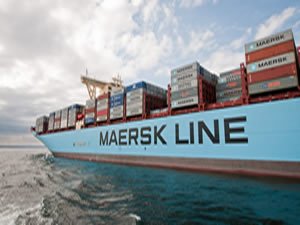 The world’s three biggest container lines on Tuesday temporarily suspended cargo shipments to and from Russia in response to Western sanctions on Moscow following its invasion of Ukraine, in a further blow to trade with the country.

Russia’s assault on its neighbor, which Moscow says is a “special operation,” is the biggest state-to-state invasion in Europe since World War Two.

Swiss-headquartered MSC, the world’s biggest container shipping company by capacity, said in a customer advisory that as of March 1 it had introduced “a temporary stoppage on all cargo bookings to/from Russia, covering all access areas including Baltics, Black Sea and Far East Russia”.

“MSC will continue to accept and screen bookings for delivery of essential goods such as food, medical equipment and humanitarian goods,” it said. Denmark’s Maersk, which is the second biggest carrier after MSC, said separately it would temporarily halt all container shipping to and from Russia, also adding that the suspension covering all Russian ports, would not include foodstuffs, medical and humanitarian supplies.

“As the stability and safety of our operations is already being directly and indirectly impacted by sanctions, new Maersk bookings within ocean and inland to and from Russia will be temporarily suspended,” the company said in a statement. France’s CMA CGM, the world’s third-biggest container line, later on Tuesday announced it had suspended all bookings to and from Russia until further notice, citing safety concerns.

For the past year the world has been struggling with supply chain bottlenecks caused by surging demand for retail goods transported on container ships and lockdowns related to the coronavirus pandemic. MSC said it would contact customers directly in respect of any Russia-related cargo that was already in transit.

“MSC has been closely monitoring the advice from governments about new sanctions,” the privately owned group added.

In a coordinated response, the United States, European countries and others have made the unusual move of targeting Russia’s central bank with financial sanctions and put limits on cross-border transactions by the country’s largest lenders.

“With Global Ports we are looking at how to comply with the ever evolving sanctions and restrictions and preparing possible next steps,” Maersk said. Maersk operates container shipping routes to St Petersburg and Kaliningrad in the Baltic Sea, Novorossiysk in the Black Sea, and to Vladivostok and Vostochny on Russia’s east coast.

The Copenhagen-based company has around 500 employees in Russia. Last week, it temporarily halted all port calls in Ukraine, where it has some 60 employees in Odessa.

This news is a total 2373 time has been read
Tags: Ukraine , Odessa , Russian port , Suspend Shipping to Russia , Maersk , MSC