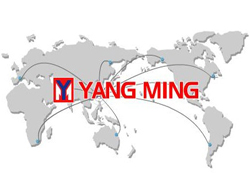 TAIWAN?s Yang Ming Marine Transport said it will lay up container vessels of up to 20,000 teu by the first half of next year.

TAIWAN"s Yang Ming Marine Transport said it will lay up container vessels of up to 20,000 teu by the first half of next year.

Mr Ho said he expects the container shipping market would remain gloomy until at least mid-2009.

He added that the intra-Asia market is the most stable one among all market areas at present and the Asia-Europe trade is the worst with the sharpest fall of demand.

Yang Ming"s lay-up plan came as the company and its partners in the CKYH Alliance, including Cosco Container Lines, K Line and Hanjin Shipping, halted thier weekly Asia-East Mediterranean Express service in mid-October. The move is expected to take seven 2,700 teu-3,800 teu vessels out of service.

Other container lines have also let their ships sit idle as cargo volume shrank with the falling global demand for consumers goods.

Singapore"s Neptune Orient Lines said last week that the firm and its alliance partners, MOL and Hyundai Merchant Marine would lay up the majority of the 40 vessels being pulled out of services as they carry out the tonnage cutting programmes on the transpacific and Asia-Europe trades.

Other companies, such as Mediterranean Shipping Co and Hapag-Lloyd, also have vessels lying empty in Singapore port waters, but have not yet started a full lay-up procedure.

This news is a total 1046 time has been read