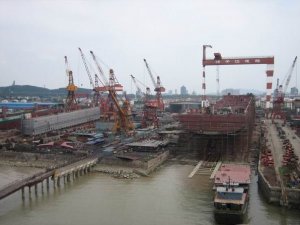 This brings Yangzijiang’s order book for 2014 to 41 newbuilding contracts worth USD 1,8 billion in total.

Singapore-listed Yangzijiang Shipbuilding Limited has reported a strong finish to 2014, entering into thirteen new shipbuilding orders in the fourth quarter of the year, including nine effective orders with a total contract value of USD 388 million, and four new options worth an aggregate value of USD 122 million.

The nine new effective contracts are scheduled for deliveries from 2015 to 2017.

Ren Yuanlin, Executive Chairman of Yangzijiang, said: “Shipbuilding industry in China recovered strongly in the early part of 2014, before it started to lose momentum in the second half year. Half- year’s new orders recorded a strong USD 1.4 billion worth of contracts, and outstanding orders filled up our yard capacity for the next two years. Based on the situation, in the second half of the year we strategically turned more selective on new order taking. We aim to optimize the use of yard resources, and prioritize the orders with more favorable terms, as well as those in line with our strategy to build larger and more efficient vessels.”