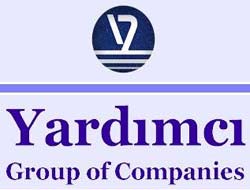 Turkish shipowner and shipyard company Yardimci is setting up an Irish company to manage six chemical tankers in a bid to cut costs.

Turkish shipowner and shipyard company Yardimci is setting up an Irish company to manage six chemical tankers in a bid to cut costs.

It is taking advantage of a lower tax rate to establish Chemstar Tankers, the new company"s joint managing director Mark Avery told a conference in Dublin.

The vessels are worth $120m and will be delivered soon, he added. The Irish Maritime Development Office (IMDO), which organised the Ship Finance and Investment Forum, said the Irish ship finance sector could be worth more than EUR 10bn ($14.43bn) by 2010.

Avery said he would be using Irish banks to finance the vessels, adding he would be looking for assistance from Irish firms to raise money on the capital markets.

He said he hoped to float Chemstar in two years' time.

"I would very much hope that we would do a listing on the Irish Stock Exchange but it may be that we do a dual listing, possibly on the New York, London or Oslo exchanges as well," he told The Irish Times.

The 4,700-dwt Habib Amca is due this year from Ceksan Shipyard, while Dearsan Shipyard is building another 10,300-dwt carrier also for delivery this year and two in 2008.

Yardimci"s own shipyard has three other small tankers set for handover to the shipping operation in 2008.

The Turkish owner also owns boxships. Italy"s D"Amico Societa di Navigazione set up a base in Ireland in 2004.

Istanbul-based Yardimci group will more than double its shipbuilding capacity through the acquisition of a second shipyard in the Tuzla Bay area.

Servet Yardimci confirms that the group is buying out the Turkter shipyard, which is currently controlled by Turkish finance company Asya Finance. "Our shipyard is quite a small one and we need more capacity," Yardimci said.

Turkter can build vessels of up to around 40,000 dwt, whereas Yardimci's current facility has a limit of up to 15,000 dwt. The Yardimci group recently booked three pneumatic-type cement carriers from Greek operator Melissa Shipping and it is listed as having another five ships on order.

Yardimci says there are still a number of legal formalities to be dealt with before the purchase of Turkter is completed but the group is hoping to take over the yard as soon as possible. It will formulate its medium and long-term plans once the deal has been finalised.

He is not revealing the price being paid for the yard, which was purchased in an open tender.

Turkter currently has one 8,500-dwt chemical tanker on order for Lauranne Shipping BV of the Netherlands, which is due for delivery at the end of this year. It is also building two 3,200-dwt chemical tankers for unnamed owners and one 1,700-dwt products carrier for Turkish owner Selay Denizcilik, all also due to be delivered in 2004.

Turkish sources say there had been rumours that the Besiktas group would purchase the shipyard.

Besiktas is a significant shareholder in Asya Finance, which took over Turkter in 2002 after its previous owner Kahraman Sadikoglu was reportedly unable to meet financial obligations.

The finance company has invested some $6m to upgrade the yard, according to group sources, but had no interest in operating the facility.

Besiktas president Ihsan Kalkavan is also president of Asya Finance. A group representative said: "We have never done and will not do insider business."