Yinson to Take Over Layang FPSO from THHE 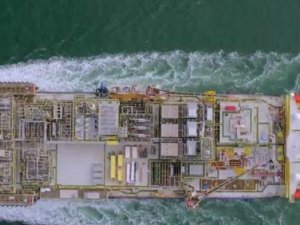 THEE, which has the Layang FPSO contract with Japan’s JX Nippon. has applied to Kuala Lumpur High Court, Malaysia to allow it novate the contract and deliver the vessel to Yinson.

Yinson has confirmed this in the Bursa Malaysia filing on Wednesday, saying it has no objection to the THHE application.

The charter contract — which is for EPCIC and leasing of a floating production storage and offloading facility to be deployed at the Layang field in Block SK10, offshore Miri, Sarawak — was initially made between JX Nippon Oil & Gas Exploration (Malaysia) Ltd and THHE.

“The affidavits confirm Yinson Energy’s position that it has no objections to the aforesaid application made by THHE, subject to finalisation of the terms of the proposed novation by the parties thereto and/or required by any regulatory authority (if any) and that the proceeds of the proposed novation (being consideration payable by Yinson Energy to TH Heavy Engineering for the novation of the Charter Contract) to be set aside and kept in a specific account to be dealt with in pursuance of such orders made by the court,” Yinson’s board of directors said in a Bursa Malaysia filing.

This news is a total 597 time has been read
Tags: Yinson to Take Over Layang FPSO from THHE