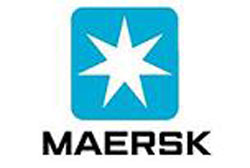 AP Moller-Maersk has confirmed that some of its ships will stop using the Suez Canal due to the current piracy crisis.

AP Moller-Maersk has confirmed that some of its ships will stop using the Suez Canal and instead re-route around the Cape of Good Hope, in light of the current piracy crisis in Somalia.

The move could add to the pressure for other operators to follow suit. Maersk subsidiary Svitzer and leading chemtanker player Odfjell have already adopted a similar policy, and Frontline, Wallenius, BW Gas and Euronav have all said that they are mulling the proposals.

The implications for the shipping industry will be considerable, and will affect both transit times and tonne-mile demand. The development could also prove to be bad news for Egypt, which is heavily dependent on Suez Canal dues as a source of foreign exchange.
A statement published by Maersk said: ?Vessels without adequate speed or freeboard will for the time being avoid the Gulf of Aden and seek alternative routing south of the Cape of Good Hope and east of Madagascar. However, based upon availability of escorts, these vessels may join naval convoy transit in the Gulf of Aden.

The additional UN measures, which are intended to strengthen the hand of the country"s weak UN-backed transitional government, purposely exclude money intended for basic expenses like food and medicine. The arms embargo in place since 1992 was reaffirmed.

This news is a total 544 time has been read