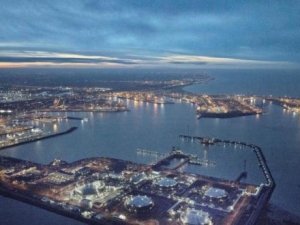 The roll-on/roll-off traffic rises 3.7% to a total volume of nearly 16.5 million tonnes. Growth occurs on the following destinations: Ireland (+6.3%), Spain (+153.1%), thanks to great results on the Santander connection by Cobelfret and the scaling-up of the Finnlines connection to Bilbao. Deepsea roro also rises (13.9%).

The roro traffic with destination UK decreases with -2.5% and Scandinavia roro cargo also drops -2.7 percent. The year 2019 was marked with many Brexit deadlines. A shift of cargo to the Ireland destinations and a Brexit effect can explain the loss in UK roro loads. The reshuffling of services to Gothenburg have led to a small loss on this destination.

After only one year of status quo, 2019 was a new year of growth for the automotive sector in Zeebrugge. The total number of handled vehicles (2,960,339) results in a growth of 4.6%.

The total tonnage of containers handled in the port of Zeebrugge is 16.2 million tonnes, a rise of 7%. In TEU the number of containers rises 4.8%, 1.7 million TEUs in total.

This news is a total 706 time has been read
Tags: CARGO VOLUME , CONTAINER VOLUME , PORT OF ZEEBRUGGE