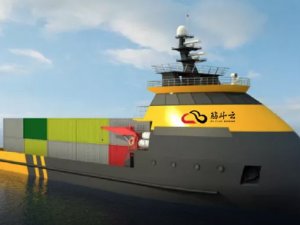 Zhuhai government, ship surveyor the China Classification Society, and Wuhan University of Technology are behind the project, which kicked off on Feb. 10, online news agency The Paper reported. The test area will start off at 21.6 square kilometers and expand to 750 in its second phase.

The area will become China’s main hub for the research and development of unmanned ships, and will act as a window for the international exchange of related technology in the hope of gathering high-end talent and industry capital.

Autonomous mobility is becoming a core part of the Chinese economy as it becomes ever more consumer-led. One of its leading online retailers, JD.Com Inc., has a fully-automated logistics center in Shanghai, a fleet of delivery drones, and plans to use self-driving vans in Tianjin in the first half of this year.

Construction will include infrastructure for testing, such as a communication network, navigation radars, an optoelectronic system and an automatic berthing pier, which will allow researchers to evaluate how well ships can avoid obstacles and patrol the waters autonomously.

This news is a total 1270 time has been read
Tags: Zhuhai to Build Test Field for Asia’s First Autonomous Ship