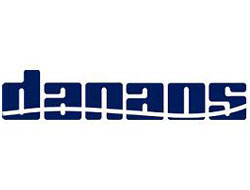 Danaos Corporation announced that it took delivery of one more containership, the Zim Monaco, expanding its operational fleet to a total of 39 containerships aggregating 157,427 TEU. The Zim Monaco has a carrying capacity of 4,253 TEU and was built by Samsung Heavy Industries. It is 260 meters long, 32 meters wide and has a speed of 24.5 knots (about 45 Km/h). The Zim Monaco has already commenced its 12-year time charter at fixed rates immediately upon delivery. This vessel is recorded as the first vessel export in Korea's shipbuilding industry in 2009, and it is the 16th vessel Danaos has received from Samsung Heavy Industries out of the 18 vessels that Danaos has ordered in total at the shipyard.

"We enthusiastically welcome the latest delivery," said Dr. Coustas, Chief Executive Officer of Danaos. "We are proud to have taken delivery of the first 2009 built containership from Samsung Heavy Industries. The vessel has already commenced its 12-year time charter with Zim Line, one of the largest containership liner companies in the world. It is chartered at an accretive fixed charter rate which provides Danaos with an effective hedge against market charter rate volatility. We now own and operate a fleet of 39 containerships which provides Danaos with strong cash flows to further support our growth."

This news is a total 2379 time has been read