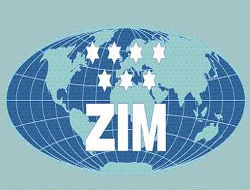 The Zim shipping firm may bid in the international tender for the privatization of the Salonica seaport.

The Zim shipping firm may bid in the international tender for the privatization of the Salonica seaport.

Athens has decided to privatize the country's two major ports, Piraeus and Salonica and last week issued the first tender for Salonica port, which has been appraised at 360 million euros.

The tender covers running the port for 30 years. The winner must pay 25 million upon signing an agreement with the Greek government, and the rest when the equipment is transferred to the port's new operator.

Elad Man, of the Man-Barak law firm, says that participation in the tender entails additional prerequisites, such as proven business experience in seaport management and minimum net company worth of 250 million euros.

Zim will apparently be competing against some giants, including Chinese shipping company Cosco, Hutchison Port Holdings of Hong Kong, and Maersk of Denmark.

The Greek government's privatization plans have triggered violent protests and strikes on the part of port workers. But the European Union demands that member countries streamline their port systems by privatizion. Zim, a subsidiary of the Israel Corp., operates 65 shipping routes and has a fleet of 98 ships, 25 of which it owns outright. It also operates complementary shipping services, including dispatch and customs clearing services, and land transport services.

Zim is preparing to float stock, to raise money to develop marine and land terminals and increase its presence in global logistics infrastructure. About two months ago, there were reports that Zim, in a partnership with Ashtrom, was interested in participating in the tender for the operation of the Black Sea port of Foti. "Zim constantly examines ideas," a Zim spokesperson said. "It is not the company's custom to report them to the media."

This news is a total 918 time has been read